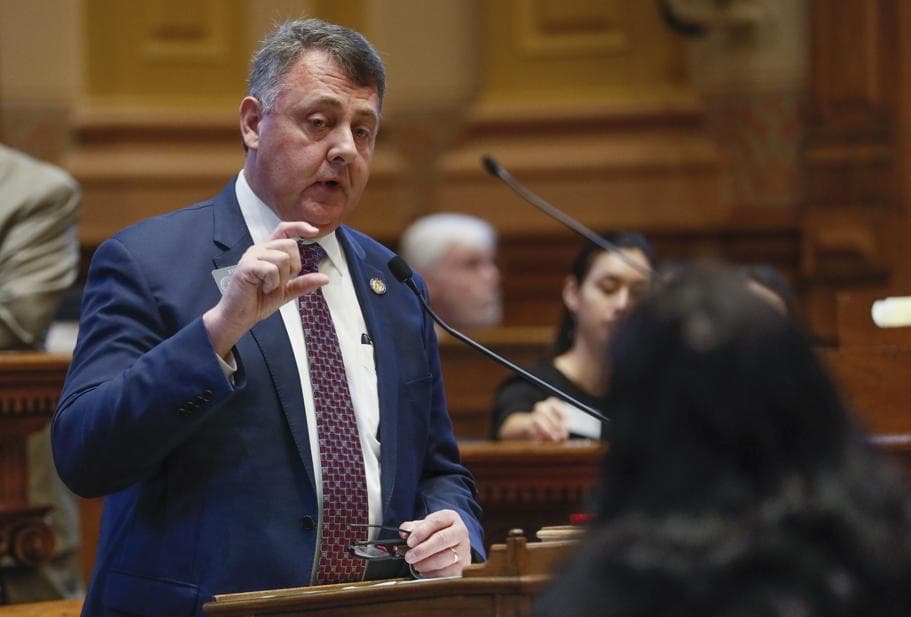 Why did the Georgia Association of REALTORS support SB 415?

Yesterday a bipartisan coalition of Georgia Senators tabled SB 415, a deeply flawed bill that would have harmed Georgians by undermining the civil justice system.

That’s good news for Georgia. But we’re left with a lingering question. Why was the Georgia Association of REALTORS not only supporting this bill, but encouraging its members to do the same? The organization claims to focus on “Enhancing the Quality of Life in Our Communities,” but SB 415 would have done just the opposite, harming both REALTORS and their clients.

REALTORS who are not familiar with the contents and effect of this bill should learn more about it, and question GAR on why it used its organization’s resources to push harmful legislation.

Let’s look at why that is, and answer some questions about the bill.

SB 415 would have depressed property values by encouraging negligent property owners to do the bare minimum to prevent blight.

SB 415 was an omnibus bill that did a whole lot of questionable things (more on that later). But the stated reason GAR supported the legislation was because of a provision that would have made it much harder for injured individuals to bring premises liability lawsuits.

Fans of limits on such suits bandy about the bogeyman that good, honest, business owners can suddenly be slammed for huge verdicts. But that’s just not reality. Property owners that take the most basic of precautions like reporting violent crime to law enforcement, doing occasional inspections of their property, and listening to the recommendations of their property management companies (and law enforcement) are at extraordinarily low risk of either facing a lawsuit or being found liable in court.

Now, you might notice something about that list of things property owners should do to eliminate litigation risk: it contains the exact same things every property owner hopes that each of his or her neighbors are doing as well! That is because the things that cause neighborhoods to prosper also eliminate lawsuits.

The only property owners who benefit from limiting premises liability lawsuits are the owners who refuse to do even the bare minimum to make their premises safe, such as ignoring for years that their own employees are operating a gang on their property (yes, that’s an actual case).

So when REALTORS support restrictions on such suits, they are prioritizing their worst clients over their best. Without the threat of liability to keep irresponsible owners in line, every responsible business person subsidizes their conduct through depressed property values. And, of course, when property values go down, so does both property owners’ wealth and their REALTORS potential commissions.

And that’s just how the law effects premises liability claims. Did you know SB 415 also would have:

How are any of THOSE provisions in GAR’s interest?

But if we limit lawsuits, won’t it save property owners on insurance?

No, it certainly won’t! If SB 415 had passed, does anyone believe insurers would have promptly cut their premiums and passed that savings on to clients? One person who certainly does not believe that fantasy is SB 415’s sponsor, Senator Gooch. He was completely candid on the senate floor, repeatedly stating that the whole point of the bill was to make insurance companies more money. (The bill even came out of the insurance committee, not the judiciary committee, despite that it deals with civil justice reform.) And Gooch is probably right that SB 415 would put money in insurance company’s pockets; studies have consistently shown that measures to restrict lawsuits DON’T reduce insurance premiums. They just increase the insurance industry’s profit margins.

Well, isn’t it true that property owners are being held liable for the acts of criminals?

No, actually it is not. Most premises liability cases don’t have anything to do with crime at all. But in the ones that do, the criminal is also on the verdict form. The jury gets to assign fault to the criminal. The property owner’s insurance does not pay one cent for the fault the jury assigns to the criminal. The owner’s insurer pays only where the jury finds that the properly owner also bears some responsibility for the injury, and then pays only in the amount the owner was found at fault.

Aren’t lawsuits in Georgia harming the state’s ability to attract and retain businesses?

Not at all. Georgia is doing great at attracting and retaining businesses. Area Development has named Georgia the “Top State for Business” for six years running! Forbes ranks Georgia #6. It is only reports produced by narrow interest groups that claim Georgia has a hostile environment for business. If those organizations really want to help attract new businesses, they should stop publicly trashing the state.

Well, it is at least true lawsuits are on the rise, isn’t is?

There are definitely SOME questionable lawsuits out there, though, aren’t there?

Sure. But probably a whole lot fewer than you think. And a lot of the time the news headline is sensational and misses the nuance. If you’ve seen an article on a lawsuit that makes it seem too stupid to be real, it probably ISN’T real. Send Kastorf Law the link. We’ll take a look and let you know what, if anything, the story leaves out. You might be surprised.

So if SB 415 would not help most Georgians, why is Georgia REALTORS supporting it?

Great question. It looks like the folks dictating GAR’s policy positions are proponents of eliminating any and all regulation of property owners. Now, there’s no question that excessive regulation of property owners is a bad thing. But so is excessive deregulation! Thriving neighborhoods rely on a combination of freedom to develop and common sense zoning and other restrictions ensuring a community of good neighbors. Georgia REALTORS’ decision to back SB 415 and ask its members to blindly do the same indicates that it has gone too far in one direction, and is not representing the best interest of its members and their clients. If you agree, please tell them as much!

Litigation isn’t the only way to solve problems. In fact, it is rarely even the best option. But it is still an important and effective one. So important, in fact, that the right to trial by jury is enshrined in both the Georgia and U.S. Constitutions.

If you are a REALTOR who does not agree that GAR should be spending resources attacking the civil justice system and encouraging irresponsible owners, please tell them that! GAR has a diverse membership and should be both reflecting their views and living up to its purported goal of enhancing quality of life.