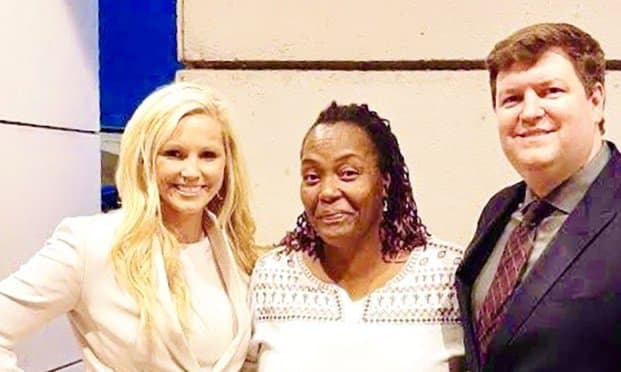 $1+ Million for a Rear End Collision in Fulton County, Georgia

Congratulations to Bethany Schneider and Steven Newton for obtaining more than $1 million from a Fulton County jury on behalf of a woman rear ended when another vehicle suddenly stopped in front of her. Kastorf Law caught up with Steve to ask for some key take aways from this trial.

Kastorf Law is running a monthly series on key takeaways from recent trials. One way to ensure your trial is a success is to use embedded trial counsel to make sure you win key motions and evidentiary disputes during trial. Reach out to Kastorf Law to learn more.

What Were the Essential Facts of this Case?

This lawsuit arose out of a 2014 rear-end collision that the Plaintiff, Christine Montague, alleged was caused by the Defendant, Melanie Norvell, near the intersection of the Georgia State Highway 400 exit ramp and Northridge Road in Sandy Springs, Fulton County, Georgia. According to the Montague, she made a stop to turn right at the traffic light. Norvell was driving on the exit ramp in a Ford Explorer when she rear-ended Montague. Montague’s vehicle sustained $4,500 in property damage and was rendered a total loss.

Montague contended that as a result of the collision, she sustained head, neck and back injuries. She first obtained conservative treatment from August 2014 until May 2016. Not seeing relief, she underwent recommended neck surgery in November, 2016. Her medical damages were $84,743.75.

Norvell denied that she was negligent in any way on the day of the incident. She claimed that she came to a stop behind the Montague’s vehicle. The light changed to green, and Montague began to move forward. An unknown driver, in a vehicle in front of Montague, came to a sudden and abrupt stop. As a result, Montague stopped short, and, as a consequence of that stop, Norvell struck Montague’s vehicle. Norvell therefore denied that the incident at issue was the proximate cause of Montague’s alleged injuries and damages.

In March 2017, Norvell gave Notice of Non-Party Fault for an unknown driver who stopped short in front of the litigants, and the parties disputed whether Norvell could meet her burden of proof that the non-party could have been a proximate cause of Plaintiff’s injuries, citing Zaldivar v. Pickett, 297 Ga. 589 (2015).

What Are Some Strategic Takeaways from This Trial?

Steven Newton provided his take on what worked and what did not at trial.

For Steven, the answer is simple: “Context of the facts of the case.” Good lawyering helps from the facts and make them digestible for the jury, but at the end of the day, you need strong facts to put on a strong case.

What is one thing you learned during this trial that you intend to put into practice at future trials?

Steven published the best admissions he got from the Defendants in opening to get his client the first word. “I believe we were able to demonstrate our evidence, prove it, and then have the jury follow us,” he explains.

Who was opposing counsel, and what was the most effective thing he did?

Curtis Anderson of Downey Cleveland. “He did a great job in poking holes with regard to medical causation. Our client did have gaps in treatment and inconsistent complaints of pain.”

The Plaintiff did not recall a 2007 motor vehicle collision at her deposition and in discovery. Explains Steven: “Defense claimed in opening that we failed to supplement. However, we were able to show the defense had the records at our client’s deposition and during the depositions of the doctors. In other words, defense wanted the ‘gotcha’ moment at trial. In reality, the CT of the cervical spine from the 2007 wreck helped demonstrate a base line (lack of herniation at C6-C7). We argued successfully that it helped prove medical causation to the collision. We called our client’s ex-husband who didn’t recall the collision either but he checked her out of the hospital. We had our client explain why she failed to remember the 2007 collision and own the mistake.” One thing Steven wishes he had done is bring up the 2007 collision in his opening argument, so that he got ahead of it for the jury.

What was a key contested evidentiary ruling during your case?

“Non-party fault was claimed by the defense for a truck in front of our client. But there was no evidence on why the truck stopped or how the truck caused our client’s injuries. Judge Eady properly granted direct verdict using a case that defense attorney’s firm lost on appeal.” (Ed. note: the case that Steven is referencing is Zaldivar v. Pickett, 297 Ga. 589 (2015). Zaldivar raises a number of still-unanswered questions both about causation and apportionment in Georgia. If Defendants are using Zaldivar in pre-trial motions, consider consulting with Kastorf Law on pre-trial litigation and strategy).

What was the most unexpected moment at trial?

Our client revealed she had no health insurance by mistake. Defense moved for a mistrial. Curative instruction was given.

What should other lawyers know before appearing in Judge Eady’s courtroom?

Be on time, courteous, and respectful. Judge Eady and his staff attorney, Ms. Bahri, require certain items in their pre-trial orders and I believe it helps streamline the case.

If you’d like to learn more about this case, first read the Fulton County Daily Report’s coverage. Then reach out to Bethany or Steven. Have questions about trial strategy or need embedded trial counsel? Call Kastorf Law. Thanks to Steven for filling us in about this case.