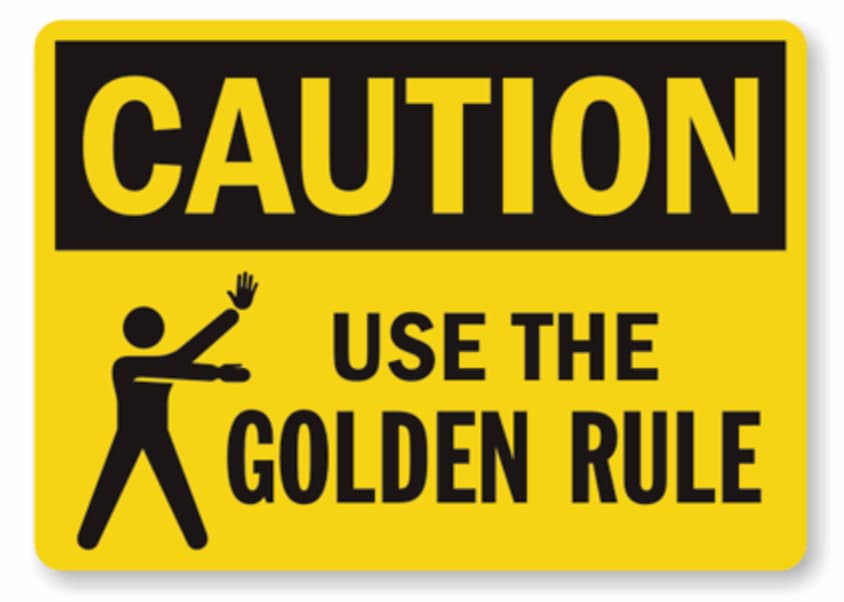 Golden Rule Motions in Limine: How to Respond

What is the best response to a motion in limine to prohibit “golden rule” arguments in Georgia?

We’ll now be running individual articles covering some of the most common motions in limine Georgia plaintiffs’ attorneys should expect to encounter. Check out how to respond to reptile theory motions in limine.

Has Kastorf Law not yet addressed the motion in limine you’re struggling with? Have follow up questions? Would you rather just have someone else handle the whole thing? We do that. Give us a call.

Let’s start with a motion in limine included in virtually every set defense attorneys in Georgia file: a prohibition on so-called Golden Rule arguments, in which a trial attorney asks the jury to place themselves in the plaintiff’s shoes. Given the ubiquity of these motions, you might be inclined to think that golden rule arguments are in fact prohibited in Georgia courts. And that’s kind of true, but not quite. The golden rule argument in its most classic sense is in fact barred, but virtually every golden rule motion in limine you will encounter purports to prohibit a broader class of conduct than is actually disallowed under Georgia law.

Should you oppose a golden rule motion in limine?

There are strong reasons, though, for opposing golden rule motions in limine that are not narrowly drafted. First, there’s broad value to the trial attorney community continuing to reinforce the appropriate scope of the limitation. When courts hear the same position over and over without response, they gradually assume it is based on actual Georgia precedent, when in fact it is merely an echo chamber. Second, a motion in limine you allow to be entered thinking it is irrelevant may later come back to bite you. Suppose, for example, you’re planning on making a “lottery ticket” or “job application”-type argument in closing statements. You might not think of this technique as a variation on a golden rule argument, but if you’ve consented to an overbroad golden rule motion in limine, you may well have inadvertently given away the right to make such an argument.

Don’t fight unnecessarily over irrelevant motions in limine. But do make sure that orders the court is entering are based on accurate statements of Georgia law.

What does the prohibition on golden rule arguments in Georgia actually prohibit?

The prohibition on Golden Rule arguments does not prohibit arguments about the conscious of the community.

Defining the argument correctly has a couple narrowing effects.

For one, it makes clear that the general prohibition on golden rule arguments does not prohibit “conscious of the community” argument because that “argument does not entreat the jury to place themselves in the victim’s shoes with regard to the crime committed. Rather, it appeals to their desire to create a safe community.” Id. Likewise, it is proper for counsel to state that jurors are “the regulators of the community.” Weaver v. Ross, 192 Ga. App. 568, 571 (1989). In Weaver, the Court of Appeals held that “we are not persuaded that appellees’ closing argument, addressing the jury as ‘the regulators of the community’ and stating that the jury verdict ‘will go a long way in determining how doctors will treat their patients,’ was tantamount to an argument that the verdict should be used to punish the defendant.” Id. See also Holbrook v. State, 126 Ga. App. 569, 569 (1972) (no error in arguing that the jury was “the conscience of the community”); see Conner v. State, 251 Ga. 113, 122-123 (1983) (reiterating breadth of language available in closing); see also W. Keeton, D.Dobbs, R. Keeton, & D. Owen, Prosser and Keeton on Law of Torts § 37, pp. 237-237 (5th ed. 1984) (“our legal system has entrusted negligence questions to jurors, inviting them to apply community standards”). The jury may permissibly consider community effects because they are not assessing the plaintiff’s individual damages, but the level of accountability to which they should hold defendants for allegedly negligent act.

The golden rule prohibition applies to damages, not liability.

This latter point brings up a critical second distinction: golden rule arguments are prohibited only as to damages, not liability. Again, concepts like “ordinary care” apply to everyone, and it is in the enlightened consciousness of the jury to define those terms as applied to the facts of the case. They should be asking themselves whether the defendant exercised sufficient care, not asking themselves wether the plaintiff would have considered Defendants’ conduct negligent.

The Court of Appeals of Georgia most clearly drew this distinction in Naimat v. Shelbyville Bottling Co, 240 Ga. App. 693 (1999). There, defense counsel stated during closing arguments that:

Id. at 697. The Court of Appeals found this statement proper, holding that:

In our view, the defense argument in this case similarly is not directed to any award of damages based on sympathy for the subjective view of one of the litigants. Rather, it lawfully directs the jury’s attention to the question for decision under the proper objective standard established by O.C.G.A. § 51-1-2. The trial court correctly found no violation of the Golden Rule.

When defense counsel cites a case in a golden rule motion in limine, it is usually Myrick v. Stephanos, which both has a clear statement of what the Golden rule is and discusses the fact that permitting golden rule arguments over objection can constitute reversible error. To respond to this case, make clear that the Georgia Court of Appeals has distinguished Naimat from Myrick by noting that “a defense argument that all jurors drove, that they all realized the possibility of hitting a car which unexpectedly stopped in front of them, and that everyone had a close call due to an unexpected stop by another car [is] not an impermissible ‘Golden Rule’ argument because it [is] not directed to damages.” Id. (emphasis added). The same American Jurisprudence section cited in Myrick supports this notion. 725A Am.Jur.2d § 650, p. 261 (1991) states that “Remarks not directed at damages are not impermissible [under the Golden Rule.]”

Need help with your motions in limine?

An easier and more cost effective way to respond to motions in limine is to hire co-counsel to handle pretrial litigation strategy. Kastorf Law has seen virtually every motion in limine you’ll encounter multiple times before, and can draft responses efficiently and time-effectively. Contact us.